Michael Forman is the Chairman and CEO of FS Investments, an alternative investments asset manager. Michael founded FS in 2007 after a successful career as both a corporate and securities lawyer and a serial entrepreneur. The firm is an outgrowth of Michael’s simple vision: help investors access alternative sources of income, growth and diversification formerly available to only large institutions and the wealthiest individuals.

Over the last 15 years, FS Investments has grown from a small, innovative start-up to an organization that manages in excess of $30 billion in assets and a growing suite of solutions designed to help financial advisors, individuals and institutions achieve a variety of financial goals. With five offices and over 350 employees, the firm has been recognized as an industry leader. FS Investments was named one of “Philly’s Coolest Companies” by Philadelphia Magazine in 2015 and one of Greater Philadelphia’s Healthiest Employers by the Philadelphia Business Journal in 2019.

Michael lives in the Society Hill neighborhood of Philadelphia with his wife and three daughters who, as a family, created a foundation that devotes resources to civic and charitable organizations supporting education, the arts, childhood nutrition, women’s rights and animal welfare. In 2021, Michael cofounded the Forman Arts Initiative (FAI) with his wife, Jennifer Rice. FAI is a platform to connect and support artists and cultural organizations in Philadelphia through programming, exhibition commissions, financial support and advocacy.

Michael’s commitment to the Philadelphia region extends to board service at several institutions, including Drexel University, the Center City District Foundation and the Barnes Foundation. He also serves as the Founding Co-Chair of the Philadelphia Equity Alliance. His civic leadership has garnered recognition by the community and his peers, including the 2022 Corporate Leadership Award from the Community College of Philadelphia, the 2019 Americanism Award from the Anti-Defamation League of Philadelphia as well as a special honor from Mural Arts Philadelphia in 2017 for his dedication to the city’s public art initiatives. In 2019, Mr. Forman cofounded Fitler Club, a diverse and civically engaged private lifestyle club located in Center City, Philadelphia.

A live recording of our Q1 Chairman’s Reception panel focused on the importance of inclusion and the advancement of minority-owned businesses. 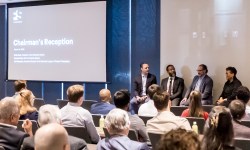 FS Investments CEO Michael Forman and KKR Co-President and Chief Investment Officer, Daniel Pietrzak reflect on the recent merger of FSK and FSKR to create one of the largest BDCs in the market. 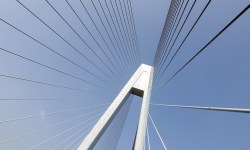