Inflation rose 0.4% in September, while core inflation (excluding food and energy) jumped 0.6% in the month, accelerating to a fresh multi-decade high of 6.6% year over year.1 It was the fifth time in six months that markets underestimated inflation and its impact on Fed policy. We break down September’s inflation report, and where other pressure points may start to emerge within the market reaction to data. While there are signs that price pressures in some sectors are moderating, we continue to believe markets are underestimating the length of time inflation is likely to remain well above the Fed’s 2% target and underappreciating the profound uncertainty around the Fed’s policy path.

The upside Consumer Price Index (CPI) surprise—and the market’s predictable reaction—has become something of a monthly ritual. We’ve plotted the average path of the S&P 500 and the market’s pricing of this cycle’s maximum (terminal) Fed Funds rate around the six inflation reports this year that have come in hotter than expected. On average, the S&P 500 has fallen by -3% in the subsequent two days and -5% in the following week-and-a-half. This is mirrored by the move in rates, where the implied terminal Fed funds rate climbed by 16 bps and 18 bps, respectively, on average around CPI upside reports. This jibes with our observation that the anticorrelation between the changes in two-year Treasury yields and the S&P 500 is the highest (-0.62) in decades. Monetary policy is firmly in control of market outcomes, and inflation currently has a stranglehold on policy.1,2

Source: Bloomberg Finance, L.P., FS Investments, as of October 17, 2022. Chart shows the average path of equities and rates following the CPI reports from January, February, April, May, June, and August 2022, all of which saw core CPI come in higher than Bloomberg median estimate.

This recent monthly pattern eventually gives way to a respite for rates and equities around the two-week mark following a CPI report. As the shock fades into the rearview mirror between CPI reports, markets have fallen into the habit of latching onto a more benign narrative around inflation and the Fed’s policy path. Every month, there is a variation: Lower gasoline prices, signs from alternative data sources like apartment rents or supply chain measures that inflation is slowing, or a financial accident (see: U.K. bonds markets) that could force the Fed to take its foot off the gas. And each month a chorus of FOMC member speeches pushes back on any easing in financial conditions.

The market reaction to the September CPI report—released last Thursday—has followed this pattern on the rates front, but so far not in equity markets. Markets have pushed peak hawkishness up to near 5%, about 30 bps higher, a move consistent with prior reactions.1 Equity markets have curiously risen since the report was released, though daily price moves have been highly volatile. We would not read too much into this; markets are prone to technical factors driving outsized moves in either direction given the prevailing bearish sentiment and investor positioning.

Against this inflationary macro backdrop, markets have repeatedly tried to price in an inflection point in Fed policy. Currently, peak hawkishness is expected in March 2023, with modest rate cuts priced later in the year.1 This desire to see a light at the end of the tunnel and, therefore, form a true bottom for markets has repeatedly failed; in part, because of the harsh reality that until the Fed is convinced it has successfully dealt with inflation, the risk to its policy path remains to the hawkish end—and the risk to equity markets is to the downside. A breakdown of the September data shows the shifting nature of inflation toward a potentially more insidious path.

Last month, the clearest trend to emerge is the shift from goods-driven inflation to services-dominated price pressures. The two primary measures of shelter cost—rent and owners’ equivalent rent—comprise roughly 40% of core CPI and continue to accelerate. At its current rate of increase, these measures of shelter cost alone are adding 3.5% to annual core CPI. This means that if you assume inflation for all other categories will be zero—a bold assumption indeed—core CPI would still be running at nearly twice the Fed’s target. The CPI measure of rent growth tends to lag other metrics by about a year, and given data from providers such as Zillow and Apartment List have only just begun to show meaningful moderation in rent growth, the official data is likely to show above-trend increases in shelter costs well into next year.3

Source: U.S. BLS, as of September 30, 2022. Rent of Primary Residence and OER comprise roughly 40% of Core CPI, but are adding 3.5% to core inflation by themselves on a 3-month annualized basis.

Shelter is the largest services component in the CPI, but not the only one showing larger-than-normal price gains. If we strip out shelter, core services prices have risen at a 5.6% annualized pace over the last three months, more than double the pre-COVID average. The primary drivers of this non-shelter inflation are medical services, where health care costs have soared, and auto-related services such as insurance, maintenance/repair and car rental. Of course, none of this even includes food services, which soared to 8.5% year over year.3

While the Fed will welcome the moderation in goods inflation—core goods prices were flat in September and have been trending steadily downward for much of this year—the issue of services-driven inflation is a daunting one.3 Services prices tend to be stickier and more challenging to deal with given their relationship with the labor market and wage growth. While goods inflation may be more sensitive to commodity prices and supply chain disruptions, the margin structure of services-oriented businesses means their prices are tightly tied to labor costs.

On one hand, this suggests we have a better grasp on the primary drivers of inflation. Whereas inflation for a time resembled Whack-A-Mole, it now increasingly looks like a game of Mortal Kombat—a battle against a known, but formidable foe. And from this perspective, the fight to bring inflation lower may only be in its early stages. The Atlanta Fed’s measure of labor costs shows wage growth at 6.3% and only slightly below its recent 40-year high.4 Regardless of the headlines around a slowing in the rental market, a thawing in supply chains and a rapid deceleration in the housing market, in the Fed’s framework 6%-plus wage growth is patently inconsistent with price stability. A policy inflection point is unlikely until the labor market shows material signs of slowing.

For markets, no silver bullet

Where does this leave us? The volatility in markets around CPI releases is likely to be increasingly joined by volatility around labor market data. Market dalliances with a Fed pivot will likely continue, causing this monthly cycle around inflation data to repeat in some form. In our view, with official inflation data likely to remain above the Fed’s comfort zone well into next year, there are only two reasonable ways to break this market pattern.

The bottom line for markets: Neither is a particularly positive scenario. The first would involve some economic shock—never positive for risk assets—while the second involves an extended period of volatile price action. Additionally, Fed policy is crucial but is not the only component moving markets. Corporate earnings estimates have only just begun declining and may have further to fall, especially as restrictive Fed policy continues to filter into economic fundamentals. To be clear, we are observing areas of the market, especially those exposed to secular deglobalization, where valuations are beginning to look attractive. However, we believe the inflation and policy backdrop continues to be unsupportive for traditional stock and bond assets. 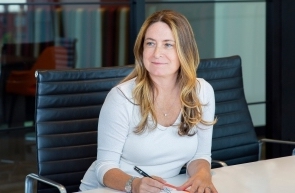 Macro matters: Are we in a recession?

Read Chief U.S. Economist Lara Rhame’s take on Q2 GDP and the debate over whether the U.S. has entered a recession.

What a red-hot labor market means for the economy

June added 850,000 new jobs, but the underlying trends in the labor market defy any prior cycle in ways that could add to inflation and complicate Fed policy.

Why prices rose and what it could mean for investors.